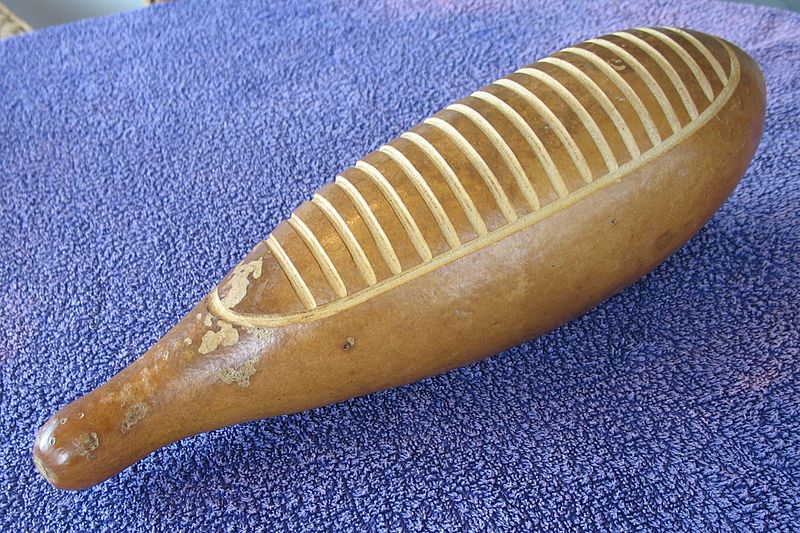 The Guiro’s ancient origins, that date back to the Aztec era, make it one of the oldest instruments around today.

It is fairly easy to play. It is light and it perfectly fits a human hand. Most of all, it adds a typical Latin flavor to music like no other instrument can do.

Guiros originated in South America with the Aztecs. A very similar kind of instrument also developed in Africa. The Aztecs would call it omitzicahuastli and build it out of a small bone.

The Guiro as we know it today, however, probably originated with the Taino people, in the Caribbean. They would create this handheld instrument out of hollowed gourds and cut it with parallel notches on one of its sides. The name, derivated from the ancient Maipurean language, indicates the fruit of the guira (the Calabash tree), the main material Tainos used to build the instrument. 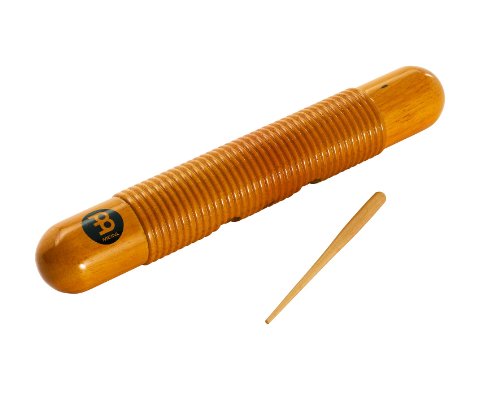 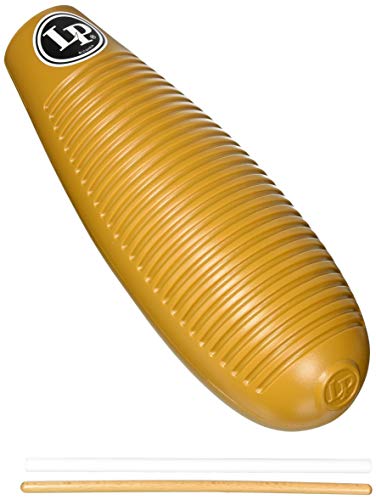 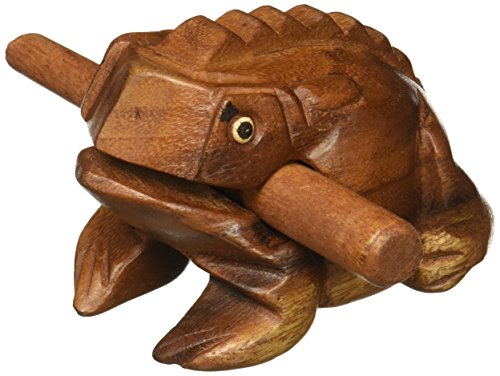 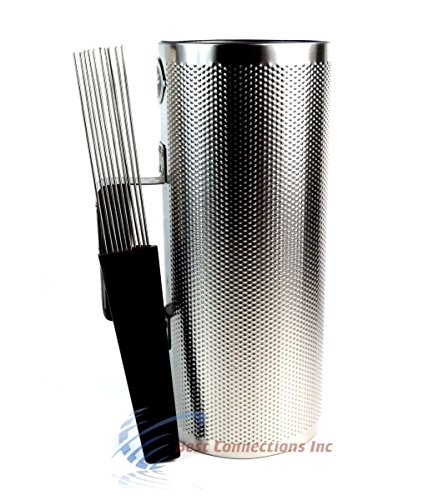 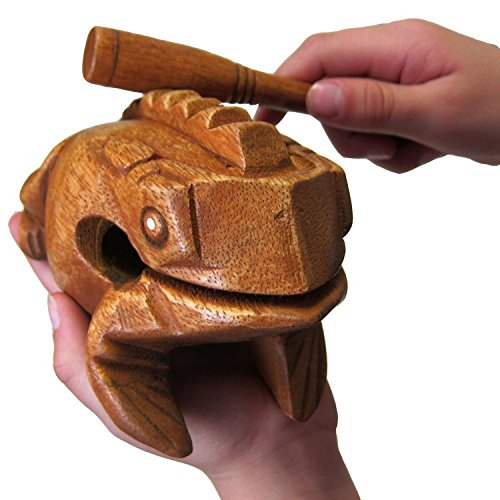 How to Play the Guiro

This great video below explains how a Guiro is played. These produce an interesting and iconic sound.

These instruments have also often been sampled and used in many different genres of music.

Modern guiros keep the structure invented by the Taino people, although they are most often made of wood, metal, plastic, or fiberglass. They still have their typical cylindrical shape with cuts on one side. Its peculiar ratchet sound is produced by scrapping the notched side with a stick called scraper, while its hollow body is held in the other hand.

Cuts placed at different distances from one another produce slightly different sounds. It is also possible to variate the rhythm by alternating the direction and the length of the strokes.

Its distinctive Latin sound makes the guiro a recurring presence in many different South American genres, from folk to contemporary dance music.

In the Caribbean, where it was invented, the guiro is an essential part of cumbia music, but its use spreads across many other Central and South American Countries. The Cuban guiro is used in the traditional genre called danzòn. In Puerto Rico, guiros are used in jibaro, plena, seis, and danza music. In the Yucatan Peninsula, the locals use guiros to accompany the traditional Mayan dances called mayapax and jarana. In Panama, guiros are used as part of the merjorana folk dance.

Guiros are sometimes featured in classical music scores too. Stravinsky, for example, included the use of guiros in his work The Rite Of Spring. Another example of this kind is the Latin-American Symphonette by Morton Gould.

Even some rockstars also fell in love with this South American instrument. We can clearly distinguish the guiro in the famous David Bowie hit The Man Who Sold The World, in Rolling Stones’ Gimme Shelter, in Under the Boardwalk by The Drifters, or in So You Want To Be A Rock’n’Roll Star by the Byrds.

The South American musical culture is colorful and variegated, so many different instruments are part of the tradition.

A lot of percussion instruments originating in this area resemble the guiro, such as the Brazilian reco-reco, made of wood or metal and often present in the samba, or the Colombian guacharaca. Another instrument very similar to the guiro is the scratcher, used mainly in Trinidad and Tobago.

In conclusion, this simple percussion instrument has a long history. It is also very versatile and fun to play. Most of all, it can add that peculiar Latin touch to virtually any song you play!