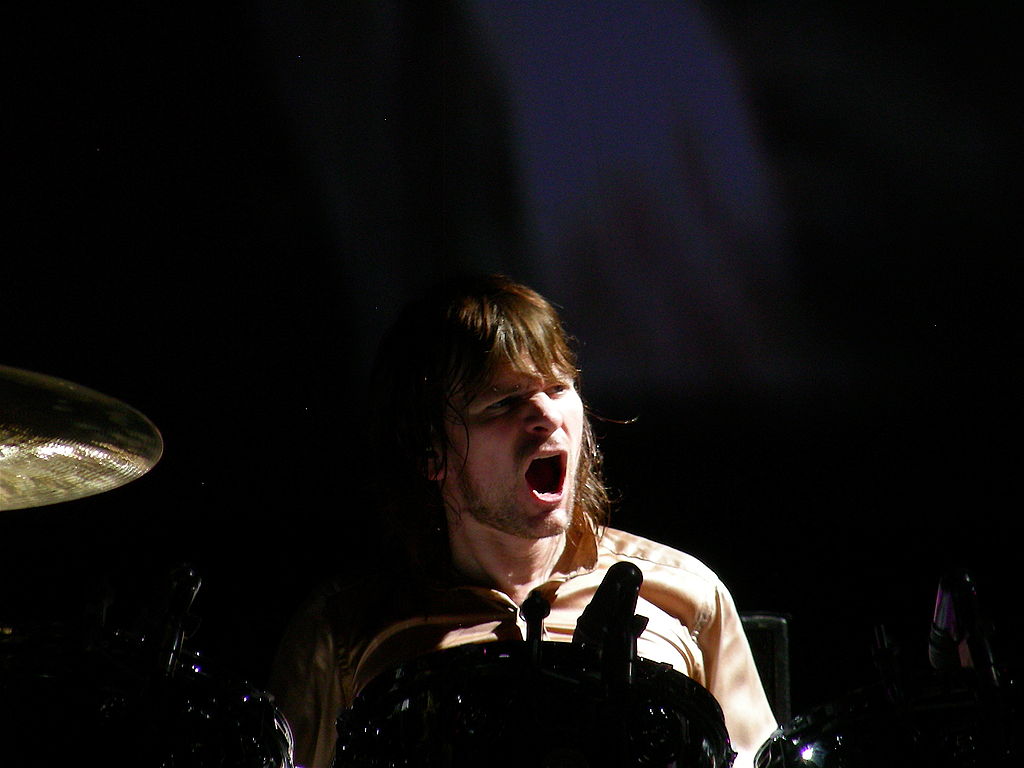 Being the child of a celebrity is not always a bed of roses, especially when you decide to follow in your talented parent’s footsteps. It can be pretty daunting, after all, to bear the weight of a big name on your shoulder.

However, Zac Starkey, the son of the more-than-legendary Beatles drummer Ringo Starr, can support such a big burden quite effortlessly.

An energetic, on-point, technically rich drummer, Starkey was able to make a name for himself, working out his long way to the top as any other ambitious musician, with his excellent drumming abilities and some serious drive.

How did he get this far? How did his father’s influence, and the friendship with Keith Moon, affect his artistic choices?

Let’s dive into the story and the secrets of one of the most appreciated drummers of his generation.

Zak Starkey might have had the privilege of finding himself in a golden network of musicians since the day of his birth, but, as for any other artist around, it took more than ten years of hard work with little-known bands for him to finally shine.

Starting with pub gigs as part of underground bands as a teenager, he slowly walked up the ladder, collaborating with exceptional musicians along the way (Johnny Marr, John Entwistle, Adrian Smith, and many others).

One band after another, with recording projects sometimes being quitted, and years of trial-and-error processes, Zak reached an incredible success in the Nineties, when he started touring with his childhood heroes (and close friends), The Who members.

Despite what you may think, Ringo Starr never taught Zak how to play the drums, in the attempt of discouraging him to join the music industry. As a result, Zak had to teach himself how to get his arms around the instrument, inspired by the infinite stack of LPs he would find around his house as a young kid.

In his own words, as highlighted in this interview with Modern Drummer, “I am not a rock’n’roll star. I am not famous, I suppose. But I am a very successful musician.”

Of course, touring with The Who and recording with Oasis can surely make you a rockstar, but, with that sentence, Zak defines what the whole point is about: to be a damn good player. All the rest is pretty vain and unimportant.

Zak Starkey has developed an important tendency to eclectism, probably maturated in such an artistic household and through the relationships with incredible personalities developed throughout his childhood.

When he’s not busy performing with The Who or with his father’s All-Starr Bands project, he writes his own music for his glam band Penguins Rising.

When he’s not busy recording with legendary British-pop band Oasis, he keeps refining his style and influences, even after more than twenty years of a brilliant career.

Zak Starkey indicates Keith Moon as his main influence. He actually remembers him as a sort of uncle, being one of his father’s best friends. That’s why joining The Who, years and years later, must have felt quite natural.

Now, you may think Keith Moon was a sort of drum teacher or at least a mentor for Zak, but you would be wrong. “I asked him how he played the ride cymbal part in Glow Girl,” he explains in the interview with Modern Drummer aforementioned, stating that the answer he gave “was the only advice he gave me, and I think he may have lied.”

It is true, however, that Keith gave him a white and gold Premier kit when he was twelve. It was also the first professional drumkit Zak has ever owned.

Nevertheless, it was the glam scene of the Seventies, with Marc Bolan and David Bowie in the first line, to bring Zak to the choice of becoming a rock musician.

A bit like his father, Zak Starkey is an eclectic drummer, able to fit in any rock and pop context.

The influence of Keith Moon and the English glam is perceivable, especially in the fast and virtuoso fills he delivers at live concerts. From his recordings with Oasis, however, we can also notice the ability to fit the bill without resulting too intruding.

A self-taught musician, Zak Starkey constantly works on his technique and inspirations, resulting in being at his greatest when on stage.

Nostalgic drummers, still in love with a raw, yet precise and energetic rock’n’roll sound, Zak Starkey might as well be your hero. With his technical abilities, his taste for different rock sub-genres, and a great stage presence, he can surely teach you a great deal.

Above all, his humbleness and down-to-earth attitude can also teach to any musician the importance of hard work and the only things that count: to be exceptionally good at your instrument and play the music you truly care about, making the best out of your influences and then going your own way.

Featured Image by Kubacheck / CC BY