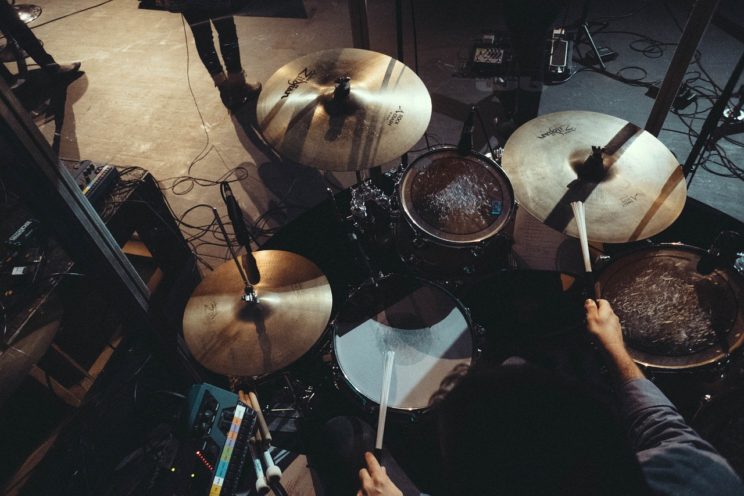 People have been arguing about this question for decades. Drummers often get jokes directed at them claiming that they are stupid and that their instrument is primitive. Others question whether drummers should actually even be classed as musicians.

We’ll answer this question from a few different perspectives:

This question is actually part of rock mythology and popular music in general. Jazz drummers have rarely been questioned in this way. On the other hand, drummers in popular music were often seen as nothing more than noisemakers.

Drummers used to be considered by some to be at the bottom of the ‘knowledge scale’ of music, often due to a misunderstanding of the instrument.

What Makes Someone a Musician?

The basic definition: “A musician is someone that plays a musical instrument”.

However, the word musician is more often used to classify someone that can play an instrument with great skill or passion, or if music is their profession.

Once you are able to be creative, in terms of composing, improvising or in any other musical way, you may certainly consider yourself a musician.

It’s the same with drums. Of course, you won’t be classed as a good musician if you can’t keep tempo or don’t understand the foundation of the instrument.

If you have spent any amount of time with musicians you will eventually hear a string of jokes directed at the supposed stupidity of drummers.

Although I have often laughed along with these (taking them with a pinch of salt), there have been many studies that have proven them to be completely untrue. Studies have shown that drummers actually have more white matter in parts of the brain that are in charge of things like problem-solving, managing time and planning.

Playing drums requires a lot of focus, but things are actually more complex than that. Drummers usually listen to the rest of a band more than other band members, which means they actually think much more about the complete song structure than you’ve probably thought.

Drummers need to keep the focus on so many things when playing and keeping the band in the right direction.

Such a way of playing requires a lot of knowledge and musicianship and that isn’t something that you can do if you’re not a real musician.

A drummer does not play harmonies and melodies. However, skilled drummers often know a lot about rhythmic music theory.

Many famous guitarists, bassists, and singers know very little about music theory. Though, they are still universally accepted as musicians.

The same could be said for drummers. However, advanced drummers often have a vast amount of knowledge about rhythmic music theory. Non-musicians often don’t know this, and may even be confused when they see a drummer playing while reading drum sheet music.

There is a lot of complexity, timing, and sticking patterns involved with playing drums. Everything can be rhythmically expressed and written down.

Complex songs can be extremely difficult to sight-read and play at the same time. It requires years of practice and dedication.

Drummers do not have to be able to read sheet music in order to be called a musician. It just helps them to become a better musician.

Hopefully, I have put an end to this question!

Drummers, of course, ARE musicians.