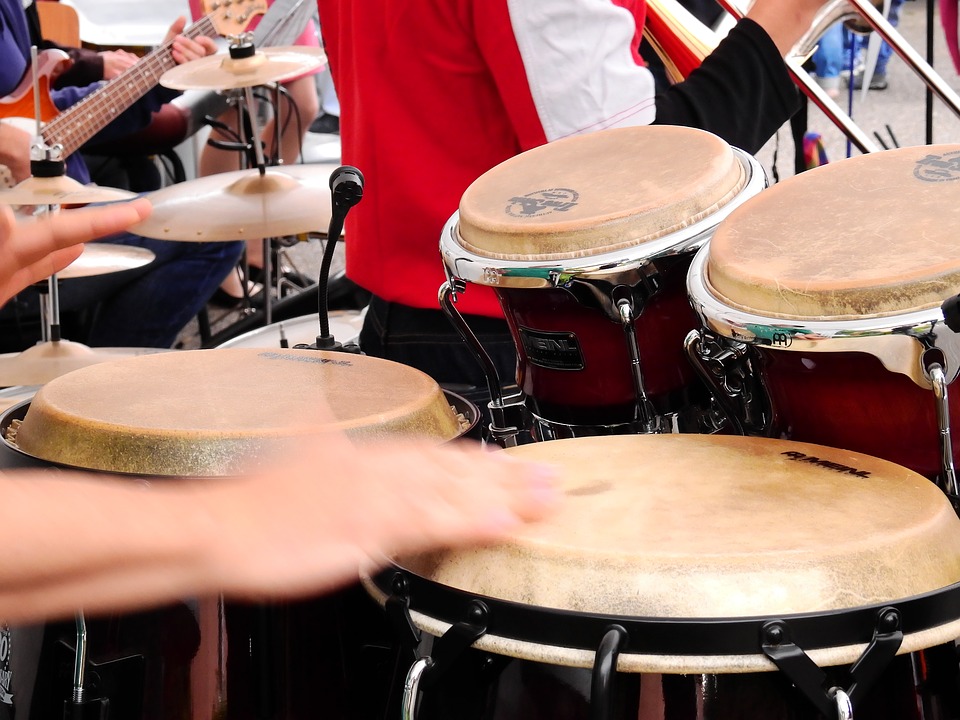 It may seem a little bit hard to make a clear difference between drummers and percussionists. Drums are a type of percussion instrument. That means every drummer is a percussionist. However, being a percussionist is actually a much wider term compared to being a drummer.

In a typical music ensemble or a band, they have different roles and responsibilities. A drummer usually plays on a standardized type of percussion set, commonly known as a drum set (which contains drums, hardware, and cymbals in a pretty predictable format). Drummers almost always play with drumsticks rather than using their hands.

On the other side, percussionist plays many different types of percussion instruments, more of which we’ll talk about next.

What is a Percussionist?

A typical percussionist often plays several types of percussion instruments, these are usually typical for a certain genre. For example, typical Latin percussionists are known to play on instruments like congas, timbales, bongos, maracas, etc.

Orchestras often have percussionists that play a wide variety of instruments. They often also have a very specialized type of percussionist called a timpanist, which is a surprisingly difficult instrument to play.

What is a Drummer?

A drum set has been standardized decades ago and in most cases consists of a bass drum, snare, toms, cymbals, and hardware. However, keep in mind that every drummer has their own preferences. Such drumset may consist of different numbers of pieces, so you may find things like double bass drums, multiple cymbals, many toms, etc.

A drum set timbale, tambourine, jam block, and cowbell are perfect examples, while modern electric drum modules can emulate pretty much any percussion you can imagine.

Drummers often use Cajóns (a box drum, often with snares inside) as a portable performance option or when playing stripped down performances.

It’s not a rare case to see bands or ensembles to consist of multiple percussionists. A typical jazz orchestra usually has a drummer and percussionist. While the drummer plays on a drumset, a percussionist is responsible for several types of percussion instruments.

Moreover, many ensembles use two or more percussionists, where each one of them is responsible for a certain group of percussion instruments. A less typical situation is to see two drummers in an ensemble. Most of these cases are related to rock music and some of the examples are bands like The Allman Brothers and The Eagles.

That sums up the difference between a drummer and a percussionist. Lines can be easily blurred when it comes to music. Sometimes people may play the role of both, but they often primarily identify themselves with one of these titles.