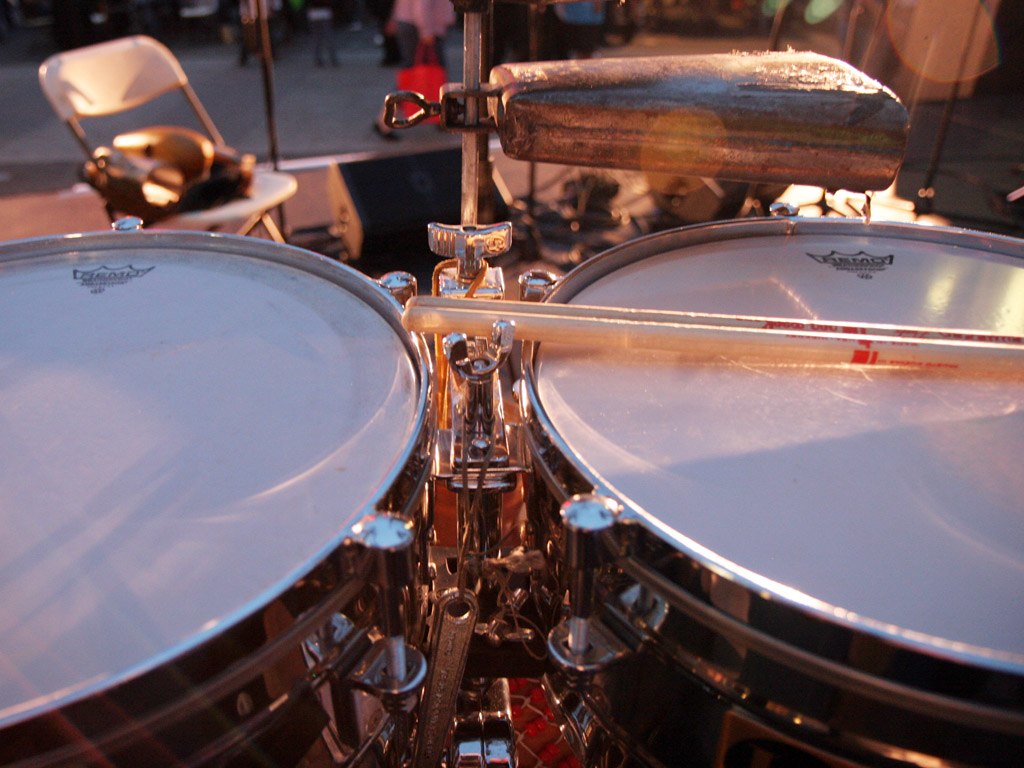 Latin music wouldn’t sound the same without timbales. If you’re looking for a great set, then this is the article for you.

These famous single-headed drums, usually coming with metal casing, originated in Cuba, but they slowly gained a major role in many different genres and styles across the world.

While their structure, appearance, and playing method could resemble tom-toms, their sound is quite different, resulting in a higher pitch (due to their smaller size) and a more muffled tone.

The 5 Best Timbales – Our Round-Up

LPA256 is a nice, mid-range set made for beginners and people who’re looking to maybe expand their existing set with some new, fresh sounds. This set consists of two 13 and 14” drums, which are 6.5” deep, a cowbell, timbale drumsticks, and cowbell. The shells of drums are made out of steel, which will provide you with sturdy, quality drums for the years to come.

Even though the price is on the lower end side of the range, you’ll get quality drums that are fully tunable, with standard tuning keys. You can use this set as a stand-alone timbales classic set, or you can add it to your existing set, expanding your sound range and giving you something new to play with.

We start off this list with this low-end, affordable item. This is a basic timbale set, consisting of two drums (13” and 14” in size) as well as the cowbell. With them, you also get a double-braced, heavy-duty stand that will take anything you throw at it and a premade bracket for the drums which you just slide onto the stand and voila! You have your timbales.

LT156 isn’t the best quality item, but if you’re a beginner or just looking for a cheap, sturdy set that will do for practice and teaching, this is the set for you. Sound quality is good, so you don’t have to be afraid they will sound like garbage. Price is really low and for that amount of money, you won’t find anything better than this.

If the drum set is waving the name of the most famous timbales player of all times, then you know for sure it’s a high-end product you’re looking at. Tito Puente Thunder Timbales is one of the LP top-line products and you can easily see why when you see them, let alone hear them.

In this set you get two drums, 15” and 16” wide and 10” deep, which give out brighter, crispier, and deeper sound than the standard 13” and 14” shells. Shells are made out of ribbed steel, which also makes sure that these drums sound cuts through the rest of the racket you might have played around. The edges are curved in, so you can get better sound when you hit them with your sticks. In the set, you’ll get a stand and two drums, without a cowbell and sticks, but if you’re willing to pay this price, chances are you’re a professional and already have your own, so you don’t really need them in the set.

Since drummers don’t usually play just the timbales these days as they did in the past, there’s more and more demand for smaller timbale drums that you can just add to your existing drum set, without having to haul the whole timbale set with you. DW Mini Timbale by Pacific Drums is just such a drum.

This is a single timbale drum shell, 10” in width. It’s meant to be added to your drum set when you’re looking to expand your sound and add something new to your playing. And it does that perfectly. Since it’s small, it won’t add too much weight when you’re traveling, but it will still provide you with enough of a nice, Latina sound when playing. And it’s really cheap, so you can buy it just to experiment and not worry about spending too much while doing so.

We’re finishing off this list with another mini drum that can be added to your existing set, but this time it’s a timbale set. LP845-K is a great little timbale set consisting of two &” and 8” shells that are permanently welded together on a small drum holder with a clamp, which you can then attach you your drum stand or hi-hat stand.

Since they are on a clamp, there’s a negative side of them not being very movable, so you need to find them a perfect spot on which you will be able to put them and make the most of them at the same time. Sound quality is great, so they will fit even the best drums sets out there easily. This is a great addition for professional drummers who are looking to expand their sound and try out something new. But beware that the price is matching the quality too.

What timbales are made of

Timbaleros play the timbales by striking the heads with a stick, just like a rock drummer with his or her set.

Timbales shells are traditionally made out of metal, which gives them that authentic crispy, bright sound, and sets them apart from other drums used around the world. But in recent years, several manufacturers started producing wooden shells, like maple, which are usually used for traditional drums.

The music genres that timbales are used in

Timbales are employed in many Latin genres and styles, such as danzòn, mambo, cha-cha, salsa, rumba, cumbia, and Afro-Cuban jazz. However, many rock and pop drummers often included timbales into their drum sets too.

For example, Alan White, the drummer of the English progressive band Yes, carried four timbales in his drum set. Larry Mullen Jr., the drummer of U2, also plays this Latin instrument.

Quite surprisingly, these Cuban percussion instruments work especially well in heavy metal bands too. In the Armenian band System Of A Down, for example, John Dolmayan often uses a set of mini timbales, while Dave Mackintosh, the drummer of the power metal band DragonForce, uses a medium-sized variety called attack timbales.

The distinctive yet versatile sound of this drum fascinated many players from all over the world and any genre, although the best timbaleros probably remain the great Latin-American musicians of the past, such as Tito Puente or José Luis Quintana.

The kind of sticks used to play timbales?

Timbaleros can rely on a solid group of patterns to play their parts and enrich their songs. Many of these rhythmical models were developed throughout the 1940s and the 1950s, by inventive percussionists who opened the doors to new ways of playing.

The most used pattern in the danzòn genre, however, is very traditional and is called baqueteo. Similar rhythmical models can be found in mambo, rumba, clave, and many other Latin styles as well.

Timbales can also be coupled with other percussive instruments. In mambo songs, for example, the listener can often perceive timbales associated with the distinctive sound of cowbells, usually played by the same percussionist. They can also be played with bongos: José Luis Quintana started this non-traditional use of the instrument in the 1970s that still lasts.

All of the schemes highlighted above are usually employed as an accompaniment. The pattern timbaleros often used on solos, instead, is called tìpico and it was developed by Manny Oquendo. Other drummers, such as Tito Puente, also included rhythms from rumba and other styles into their solos, producing some variegated rhythmical layers.

In conclusion, these simple yet characteristic percussion instruments can be a real asset for drummers in any genre or style. They can add a brisk touch to the rhythmical discourse or work exceptionally well in fill-ins.

No matter how you will use them, timbales will surely enrich your playing and enhance your style.

We hope that this article has helped you in learning about what is out there on the market as far as the timbales are concerned. We have also included plenty of other information to help you understand how timbales are used in the music world.

Featured image by Dennis Hill from The OC, So. Cal. / CC BY